During my years as a government contracts attorney, few subjects caused more confusion for my clients than the FAR and SBA rules limiting subcontracting by small business prime contractors. So, in this post, I’m providing a three-step guide for construction contractors on compliance with the SBA’s limitations on subcontracting in 13 C.F.R. 125.6.

A couple of notes before we get started.

First, this post covers compliance with 13 C.F.R. 125.6—not the FAR, DFARS, or any other regulation governing subcontracting limits. The limitations on subcontracting have been in a state of flux since 2013 when Congress made significant changes to the underlying statute, the Small Business Act. The SBA regulation is “correct” in that it implements the Small Business Act, but as of this writing, the FAR has yet to catch up (although a proposed rule to do that is in the works). Bottom line: be sure you know which limitation on subcontracting applies to each of your contracts; if you’re unsure, ask your Contracting Officer.

Second, this post is for your educational use only. As the disclaimer below reiterates, this post is not legal advice. YMMV*, as the internet sometimes says. If you have questions about how these rules apply to your specific circumstances, you should consult with a government contracts attorney.

With those caveats in mind, let’s dive into the three steps to compliance.

In my experience, Contracting Officers most commonly classify general construction contracts under NAICS code 236220 (Commercial and Institutional Building Construction), although several other NAICS codes also qualify as general construction. NAICS codes beginning with the digits “238,” such as 238140 (Masonry Contractors), describe specialty trade. If you’re uncertain, you can review the NAICS Manual for detailed descriptions of each NAICS code.

Step #2 – Understand and Apply the Formula

Here’s how 13 C.F.R. 125.6 defines the formula used to calculate the appropriate percentage:

(3) In the case of a contract for general construction, [the prime] will not pay more than 85% of the amount paid by the government to it to firms that are not similarly situated. Any work that a similarly situated subcontractor further subcontracts will count towards the 85% subcontract amount that cannot be exceeded. Cost of materials are excluded and not considered to be subcontracted.

(4) In the case of a contract for special trade contractors, no more than 75% of the amount paid by the government to the prime may be paid to firms that are not similarly situated. Any work that a similarly situated subcontractor further subcontracts will count towards the 75% subcontract amount that cannot be exceeded. Cost of materials are excluded and not considered to be subcontracted.

An example may help, so let’s apply the formula in a case where you have no similarly situated subcontractors. (If you do, that’s what Step #3 of this post discusses).

Start by using the total amount paid by the government to you, the prime contractor. For example, let’s assume the government will pay you the nice, round sum of $1 million.

Cost of materials means costs of the items purchased, handling and associated shipping costs for the purchased items (which includes raw materials), commercial off-the-shelf items (and similar common supply items or commercial items that require additional manufacturing, modification or integration to become end items), special tooling, special testing equipment, and construction equipment purchased for and required to perform on the contract. In the case of a supply contract, cost of materials includes the acquisition of services or products from outside sources following normal commercial practices within the industry.

In our example, let’s assume that you will spend $400,000 on materials, as defined in 13 C.F.R. 125.1. So, you subtract that amount from the original $1 million, leaving you with $600,000. Remember, under the regulation, the cost of materials simply isn’t included in the calculation. It doesn’t count for you, nor does it count against you.

Next, you apply the appropriate percentage from Step #1—either 75% or 85%, depending on the NAICS code. Here, let’s say that this is a general construction contract, so we apply 85% to $600,000. This leaves us with $510,000. That is the maximum that you can spend on subcontractors other than SSEs. Since you have no similarly situated subcontractors, you are capped at $510,000 in subcontracting. You will need to self-perform at least $90,000 of the work.

The old SBA regulations required that a small business self-perform a certain percentage of the prime contract. But, from a policy standpoint, it makes little sense to penalize small businesses for subcontracting to other small businesses. So, the updated Small Business Act, and current SBA regulations, call for work performed by SSEs to be excluded from the calculation.

Again, remember that this post discusses 13 C.F.R. 125.6. In the coming months, the FAR will be updated to conform with the SBA’s regulations, but the outdated FAR provisions on the books, as of this writing, do not always allow for the exclusion of work performed by SSEs. Be careful.

It’s a long definition, but there are two components.

First, an SSE must have the socioeconomic status required by the prime contract. As the regulation says, this means, for example, that if the contract requires 8(a) status, a subcontractor must be 8(a)-certified to qualify as an SSE.

When it comes to subcontracts, the prime decides the appropriate NAICS code based on the principal purpose of the subcontract. (If you’re not sure what NAICS code fits best, you should review the definitions in the NAICS Manual). Each NAICS code, in turn, carries a single size standard designated by the SBA. Those size standards can be found in the SBA’s regulations at 13 C.F.R. 121.201.

Construction contractors must be especially careful because subcontracts should often be designated with specialty trade NAICS codes, which carry much lower size standards than the general construction NAICS codes.

You can often find potential subcontractors’ size certifications in SAM, but you should also require the subcontractor to certify in writing that it is small under the appropriate NAICS code and size standard. In my experience, many primes forego the certification altogether or simply ask the subcontractor to certify itself as small without answering the all-important question: “small compared to what?” These oversights could lead to significant problems if the SBA or Contracting Officer audits your compliance.

Assuming you have one or more SSEs, the SBA’s regulations say that the work they perform is “not considered subcontracted” for purposes of determining compliance. While the regulation itself is a little fuzzy about whether SSE work is simply excluded (like costs of materials) or counts as though it were performed by the prime, the FAR Council’s proposed rule makes clear that “Work performed by similarly situated entities is counted as if it were performed by the prime contractor in determining compliance with the limitations on subcontracting.”

One final but important note. The work performed by an SSE only counts toward the prime’s workshare if the SSE performs that work with its own employees. Any work the SSE sub-subcontracts to anyone else—regardless of whether that lower-tier entity is itself an SSE—doesn’t qualify.

The limitations on subcontracting for construction contracts can be confusing, and the penalties for non-compliance can be harsh. By following these three steps (and seeking outside help, including legal advice, if appropriate), small government contractors can help ensure that they stay on the right side of these important rules.

*  Your Mileage May Vary. 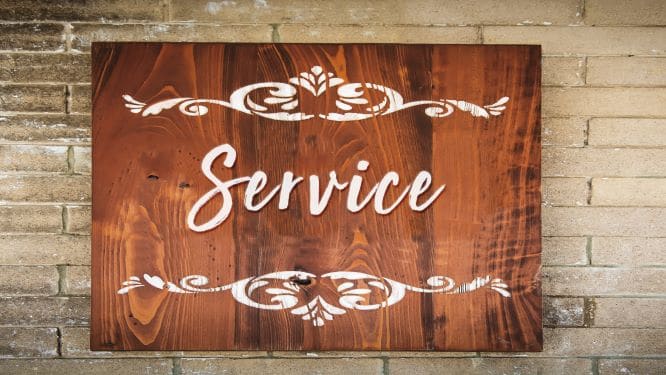 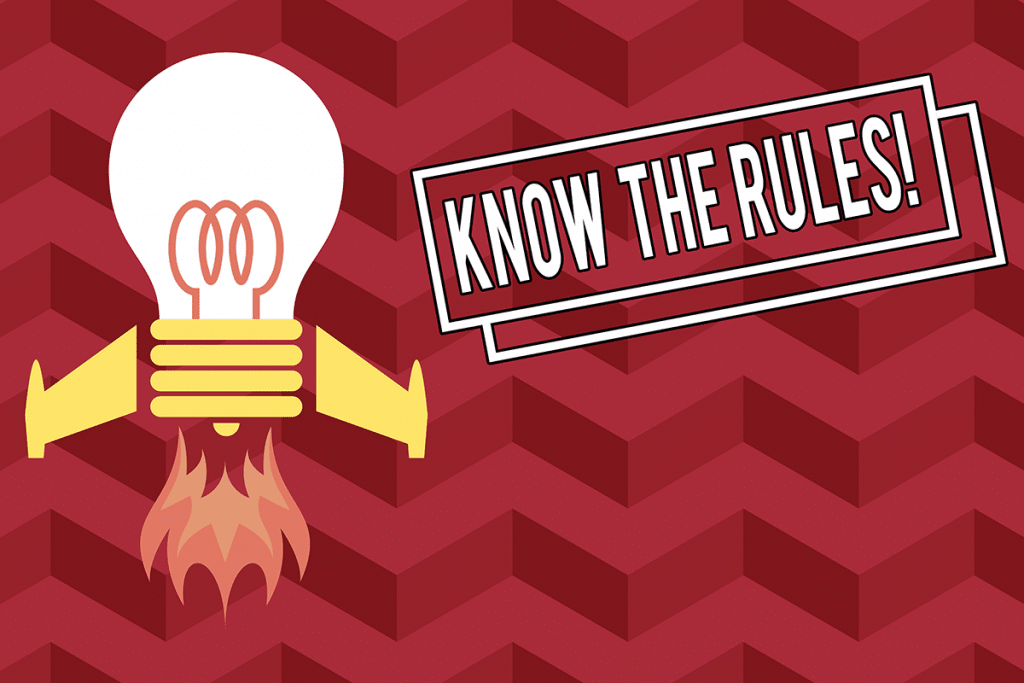 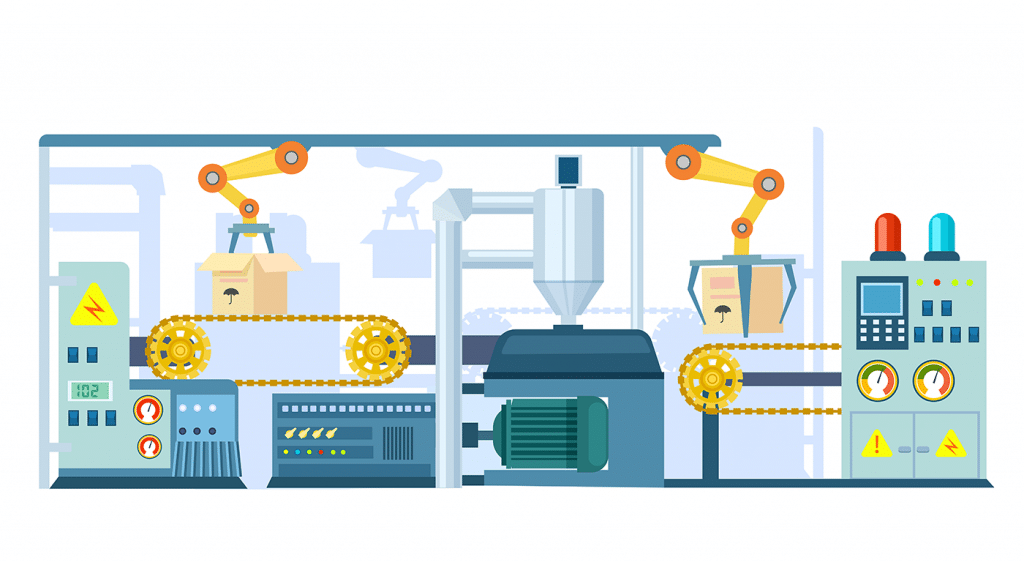 As a government contracts attorney, I’ve counseled hundreds of clients on the FAR and SBA small business regulations. Few of these rules have proven as…